The easy way to install Ruby on Windows

This is a self-contained Windows-based installer that includes the Ruby language, an execution environment, important documentation, and more. 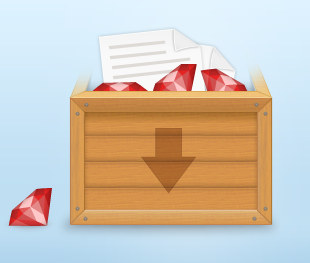 RubyInstaller-3.2.0-1 has been released! It features a whole bunch of great new features and improvements. See the ruby-3.2.0 release post for more details. A noticeable addition to Ruby on Windows is the support of UNIXSocket.

RubyInstaller version 3.1.1-1 is released. It is a maintenance releases with bug fixes.

RubyInstaller-3.1.0-1 has been released! It features a whole bunch of great new features and improvements. See the ruby-3.1.0 release post for more details.

Is RubyInstaller for you?

RubyInstaller is the easiest and most widely-used Ruby environment on Windows. And Ruby is a great language for beginners as well as professionals. It’s suitable for small scripts as well as large applications. RubyInstaller combines the possibilities of native Windows programs with the rich UNIX toolset of MSYS2 and the large repository of MINGW libraries. RubyInstaller is a great foundation for using Ruby for development and production … Read more

If you’re new to Ruby, check out this online course from The Pragmatic Studio to learn all the fundamentals of object-oriented programming with Ruby.

If you’re looking to create Ruby on Rails web apps, you’ll learn how to build a complete Rails 4 app step-by-step in this online course also from The Pragmatic Studio.

How can I help the project?

How can I stay up-to-date?